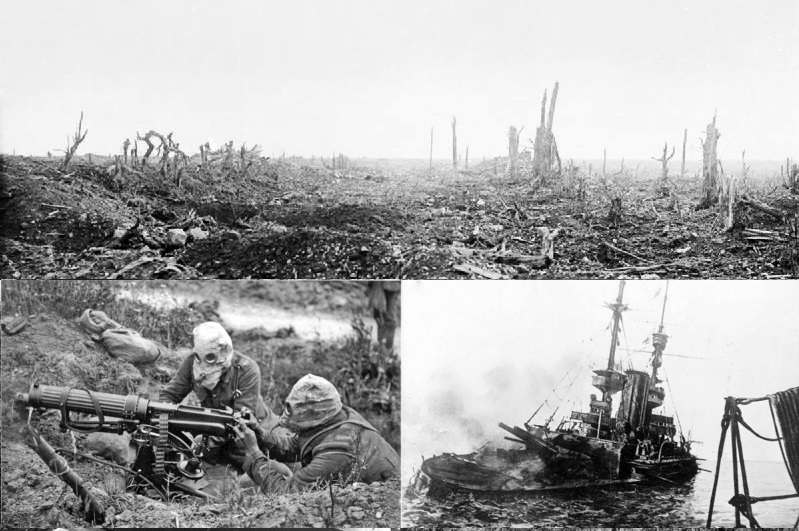 This year, on November 11, the world will commemorate the 100th anniversary of the end of World War I.  While there are perhaps a small number of people who can claim the remember the events of this terrible world wide war first hand, the world as we know it today was and is profoundly impacted by it.

World War I started on July 28, 1914 and ended over four years later on November 11, 1918. There has been much debate over who is to blame for starting the war, but there is general agreement that the catalyst was the assassination of the Austro-Hungarian heir Archduke Franz Ferdinand in Sarajevo, by Gavrilo Princip, a Bosnian Serb Yugoslav nationalist on June 28, 1914.

As a result of the ensuing crisis, Austria-Hungary issued an ultimatum to Serbia. Within a short time, interlocking alliances quickly drew in all the major European powers into the rapidly spreading conflict.  Germany's plan to neutralize the Western front by swiftly defeating France and then turning its effort to Russia backfired when Belgium failed to acquiesce to German demands of free passage through that country. When Germany entered Belgium anyhow, the latter invoked a defense treaty that obliged Great Britain to fight this German aggression. Just months after the war started, the German advance into France was halted and then began the costly and infamous "trench warfare" that lasted until near the end of the war.

The United States was drawn into the conflagration relatively late, in April of 1917, after Germany sank numerous American shipping vessels and attempted to incite Mexico to join the war against the USA.

The combatants all paid a terrible price in terms of human lives, with an estimated 9 to 11 million military personnel being killed and about 8 million civilians, including about 6 million due to war-related famine and disease. The devastation of the "Great War" as it was known spurred the creation of the League of Nations -- a precursor to the United Nations -- that was to help prevent future wars. Alas, it was unsuccessful.

The immediate aftermath of World War I was the destruction of vast empires, include those of Russian, German, Austro-Hungarian and the Ottoman Turks. The victorious allied powers of Great Britain, France, United States and Italy imposed the peace terms on the defeated belligerents, the most famous being the Treaty of Versailles which brought about a cessation of war between the Allied Powers and Germany. The impact of the peace terms on life in Germany have been cited as a factor in the rise of Nazi rule in Germany 15 years later, but those claims disregard the many other opportunities missed by Germans and foreign powers alike in stopping or at least cutting their rise to power short.  Unfortunately for tens of millions of people, the "war to end all wars" was only a harbinger of a destructive cataclysm that was to cost upwards of 60 million lives and alter the way we think of war, evil and even humanity itself.

The Spanish philosopher, poet and novelist, George Santayana, said "Those who cannot remember the past are condemned to repeat it."  Education, therefore, becomes a essential way of promoting peace and preventing the horrors of war. There are countless books, documentaries and educational resources available in our day and age. Let's hope people take advantage of them so we can learn and avoid the mistakes and tragedy that befell the generations before us.

Doing our small part in this educational effort, we are pleased to offer our Washington Post World War newspaper book series at a $10 discount. Choose from World War I, World War II or get both at an additional discount. Enter coupon code WW1 to get the discount through November 18, 2018.