The Emmy Award-winning TV drama is called Mad Men, but they are happy with AnyDate! As the production team of Mad Men knows, setting the stage for a period drama requires planning and attention to detail. When designing the look of your set, it is often the smaller props that can make the difference between a good set and a great set. Such attention to detail does not go unnoticed. 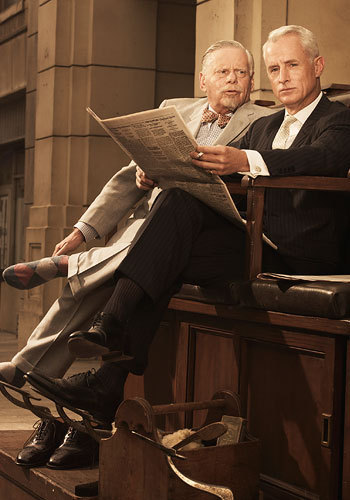 That’s why Mad Men producers insist on bringing the highest level of authenticity to their set and why season after season they turn to AnyDate to provide original newspapers from the 1960’s for the hit TV show.

AnyDate’s historical newspapers are not just helping to bring the past to life on TV, but we have also supplied original historic newspapers to stage productions – small and large. From school plays to community theater to the Broadway stage, AnyDate’s original papers will help round out your stage production in an affordable way.

So the next time when you see Willy Loman throwing down a newspaper in Death of a Salesman or the Newsies are dancing on their stacks of papers, it could be that AnyDate is behind the scenes!

To learn more about our unique products for stage and screen, please contact us at info@anydate.com or by phone: 1-800-462-9761.