Why? Because 70+ Million People Perished

It was 77 years ago this week -- on the 27th of January 1945 -- that the Russian army liberated the Auschwitz concentration camp. To commemorate the day on which the survivors of the most notorious Nazi death camp were rid of their oppressors, the United Nations General Assembly established January 27th as International Holocaust Remembrance Day. It was created to honor the memory of Holocaust victims which included six million Jews -- one third of the Jewish population at the time -- along with countless members of other minority groups. 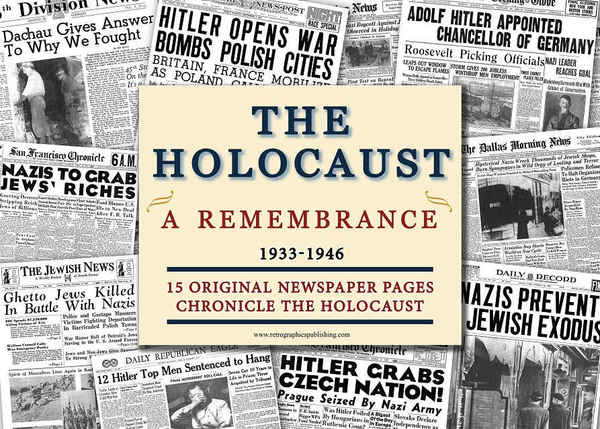 As time passes, there is a natural tendency to forget, and history too can even become the victim. It is incumbent on each of us to do our part to teach about the events of the past even if they are painful and distressing. World War II in general, and the Holocaust specifically, is a time period that we must constantly strive to learn about and remember.

Why remember? Two reasons should suffice:
1. It was not that long ago. Many are still alive that remember that time period.
2. Between 70–85 million people perished (about 3% of the 1940 world population) in that unnecessary war.

All of our World War II items are 15% off, through February 4, 2022. Use coupon code NeverAgain at checkout.