The Heir & The Spare 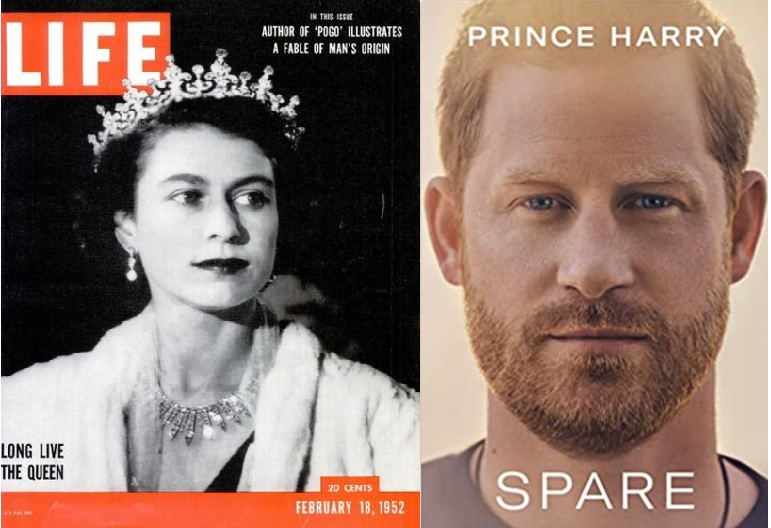 Prince Harry, like many public figures, has been involved in a number of controversies throughout his life.

In 2005, he was photographed wearing a Nazi uniform to a costume party, which led to widespread criticism. A few years later, Harry was criticized for his behavior during a trip to Las Vegas, where he was photographed rather unclothed in a hotel room. More recently, Prince Harry and his wife Meghan Markle announced that they would be stepping back from their roles as senior members of the royal family and moved to North America. Then, they released a tell-all interview with Oprah Winfrey, in which they made several accusations of racism, lack of support and mistreatment from within the royal family and the British media.

The book's title refers to Harry's role as the person next in line (after his brother) to the throne. He recounts all the trials and tribulations of being the spare and the annoyance he experienced when people seeing the brothers together would say, There's the Heir and the Spare".

Want to read this hot tell-all book? The first 10 customers who purchase over $99 (excluding shipping) from our collection of British Royal Family items will get a copy for free! Limited books available and only available for purchases made through Jan 22, 2023.