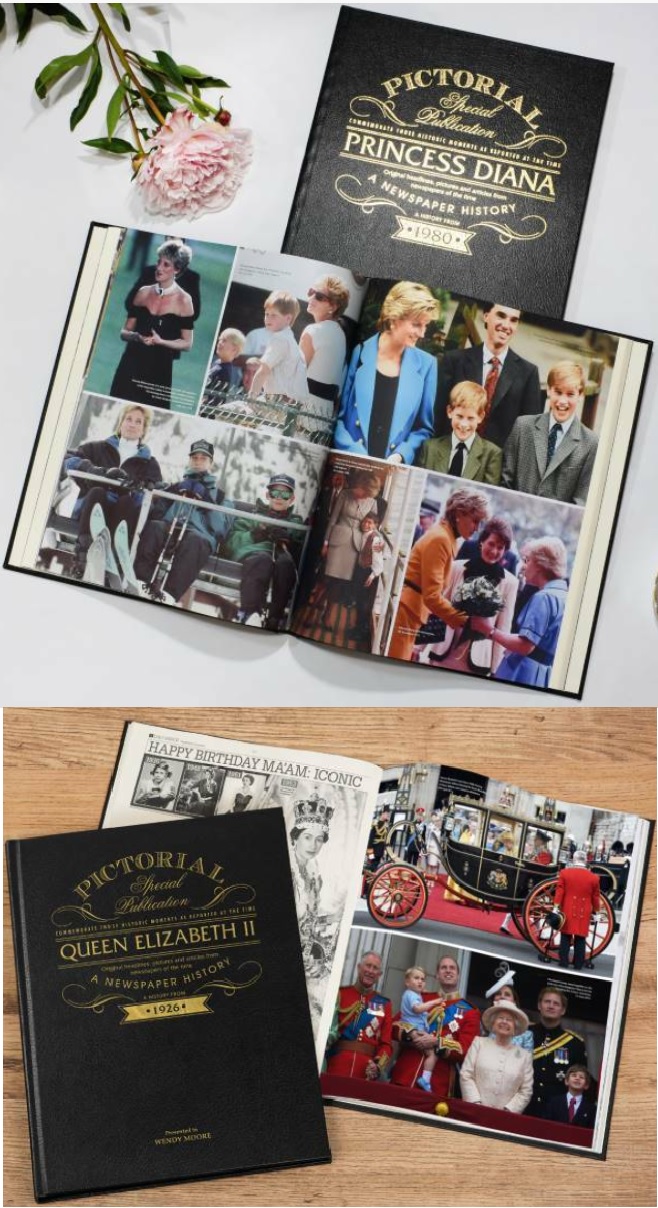 Ever watched "The Crown" on Netflix?

Just yesterday this unique period-piece series won a slew of Golden Globe Awards. I'm not one to follow the many Hollywood awards either, but from what I have seen so far on "The Crown," it is no wonder they are garnering accolades.I only started watching two weeks ago. I was never one to follow the royal family or take interest in palace intrigues. But, after numerous endorsements from friends, and four years late, I started watching. I have to admit, I'm hooked!

At AnyDate, we have two special items that can bring "The Crown" to life even more than the award-winning actors can. We are offering two special newspaper books, based on coverage from British newspapers, of the remarkable life of Queen Elizabeth II and also of the life and tragic death of the "People's Princess," Princess Diana.

These make great gifts for those who DO enjoy following the royals, and "The Crown." Get $15 off with coupon code: CROWN through March 8, 2021.

Remember - Mother's day is just a couple of months away. Could be a winner!