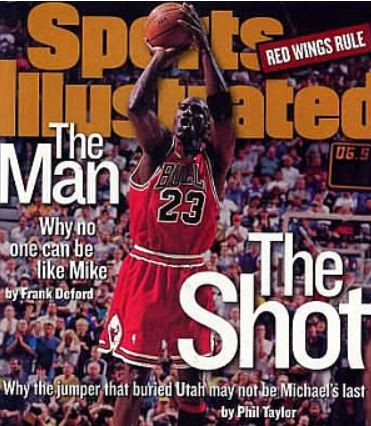 Own a Piece of Sports History

ESPN's 10-part documentary series "The Last Dance" couldn't have come at a better time. Denied most of the NBA season -- not to mention March Madness -- due to the corona crisis, basketball fans were at a loss. But at least over the past month, The Last Dance has allowed us to re-live the storied 1997-98 championship season of the Chicago Bulls, starring none other than Michael Jordan.

The documentary also included new footage as well as interviews with teammates, sport stars, celebrities and even US Presidents, and of course plenty of time with MJ himself.

Fittingly, the "last" installment of the Last Dance focuses on the final second's of Jordan's career and his "Last Shot" in which Jordan clinched a 6th NBA Championship for the Bulls and cemented his place in sports history by orchestrating an unbelievable comeback against the Utah Jazz. It is worth watching the last shot on YouTube.

While you're in the mood, you might want to grab an iconic and original Sports Illustrated featuring Jordan's Last Shot. Get $10 off with coupon code: LastShot