If basketball is your sport of choice, March Madness is just for you. The NCAA men’s and women’s college basketball tournaments will be happening soon following weeks of college basketball teams fighting for a spot. 68 teams will be vying to be crowned the national champions which then narrows down to the Sweet Sixteen, Elite Eight, and then the Final Four. The two semifinal victors then move on to play in the national championship game.

Multiple games are played all over the country and the three-week tournament is an exciting time for sports fans. The University of California at Los Angeles holds the most national titles so far.

If you want to participate (at least from the sidelines) you can attempt to predict the winners! But don’t be hard on yourself if you don’t succeed- your chances of correctly guessing the winner of every game is less than 1 in 9.2 quintillion!

To celebrate March Madness, we are offering you a discount on a product that has just become available at AnyDate.com! An original edition of the  Sports Illustrated magazine is a perfect gift this time of year (or anytime)! Relive all the big moments in sports history when you get an issue for yourself or the sports junkie in your life. Enter code MM2018 for a $10 discount now through March 12th. 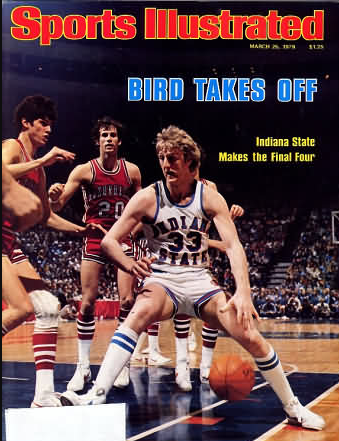