​A personal appeal from a native Houstonian. 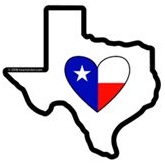 I was born and raised in Houston. My old neighborhood – Meyerland – is one of the numerous epicenters of the catastrophic flooding resulting from Hurricane Harvey.

Like many Americans and people across the globe, I have followed the news out of Houston for the last 11 days online and on television. I have also seen Facebook accounts of old friends telling their stories, or that of their parents, who still live in the same (now flooded) houses I used to visit as a boy.

Yet it is only after long conversations with my father, his wife and my brother who reside in Houston (and thankfully remained dry throughout) has the full impact of the devastation begun to sink into my consciousness. Their first-hand account of the immense destruction is harrowing. Harvey not only destroyed many lives, but also innumerable homes, cars, businesses, livelihoods, dreams and the normal sense of security that each of us needs and desires. The wreckage is also widespread -- across the massive metropolitan area that is Houston – and the flood waters wreaked havoc on the rich, the poor and everyone in between.

By standing together with the people of Houston at this hour of need, we can really make a difference in many lives. They’ll probably never be able to personally say thanks for our thoughts, prayers and generosity, but they will certainly appreciate it and pay it forward if the need ever arises.

The following organizations are providing important relief and aid to those impacted by the Hurricane. Please consider making a donation.

YouCaring has a fund-raising page set up by J. J. Watt of the Houston Texans.